Harveys Lake is the largest natural lake, by volume, within the Commonwealth of Pennsylvania.  As a result of an increase in the frequency and magnitude of algal blooms, as well as elevated counts of fecal coliform, the Borough of Harveys Lake and the Harveys Lake Environmental Advisory Council (EAC) was awarded funding in 1993 to conduct a USEPA Phase I Diagnostic / Feasibility Study on the lake. Princeton Hydro staff conducted the technical components of the study, including the development of the hydrologic and pollutant budgets and the long-term Management Plan. Following Phase I, a TMDL was instituted for total phosphorus. Princeton Hydro, in conjunction with PADEP and the Borough of Harveys Lake, have worked to bring the lake into compliance. The lake was recently removed from the impaired list. 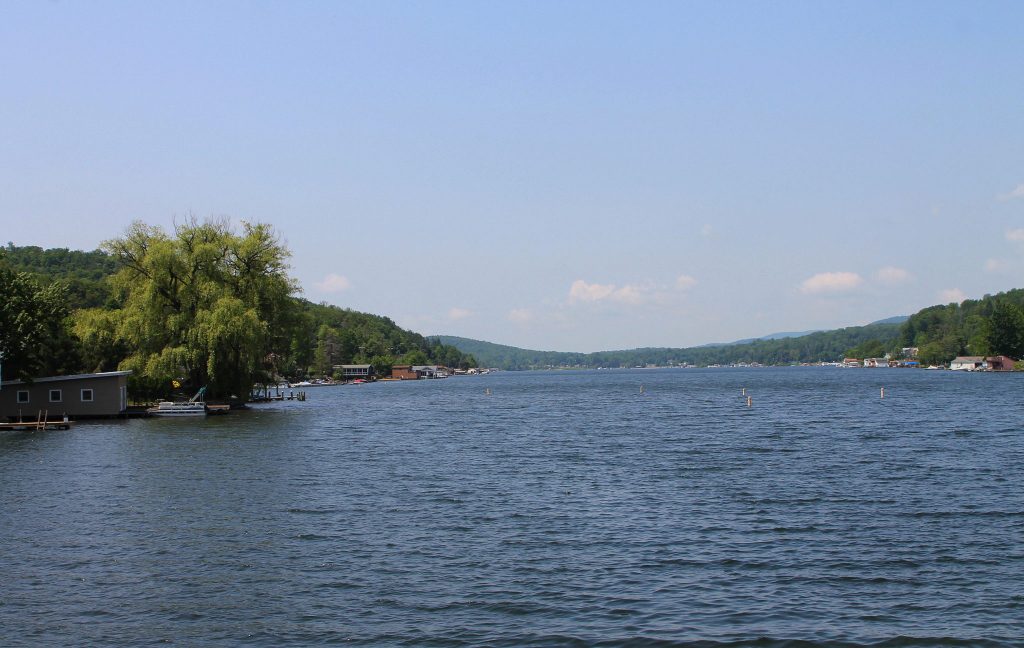 While conducting routine water quality monitoring in 2014, Princeton Hydro identified the invasive hydrilla (Hydrilla verticillata) at the boat launch. This species was not present during an extensive macrophyte survey of the lake in 2012 which served to document two threatened and endangered species (Potamogeton vaseyi and P. gramineus). Following detection, an extensive SAV survey was conducted with point-intercept methodology in conjunction with SCUBA diving to determine the spatial extent and abundance of hydrilla. In addition, these surveys were bolstered with collection and analysis of tubers within the lake sediments. The results of the survey were utilized to inform an in-lake management plan which aimed to control hydrilla through the measured application of herbicides while maintaining the integrity of the lake’s native plant population.

This ongoing project has documented the change in abundance and spatial coverage of hydrilla and the results of the initial herbicide treatment conducted in 2017. Princeton Hydro successfully secured additional State funding in 2018 to conduct additional tuber, point intercept, and diving surveys for hydrilla in addition to continued management. Finally, Princeton Hydro has worked closely with the State and iMapInvasives administrators to educate the local community and interested parties State-wide in the distribution and spread of this aquatic invader.