Princeton Hydro was contracted by AKRF to conduct Tier 1 and Tier 2 Oyster Sampling & Classification at the Tappan Zee Bridge Hudson River Crossing Project. Nine sites were selected during Tier 1 for subsequent investigation based on sediment quality data and other relevant factors. Two of the sites were located north of the Tappan Zee Bridge along the eastern bank of the Hudson River. The remaining sites were south of the bridge; five of these extended from immediately adjacent to the bridge south to the Piermont pier on the western shipping channel margin while the remaining two sites were on the eastern shipping channel margin. 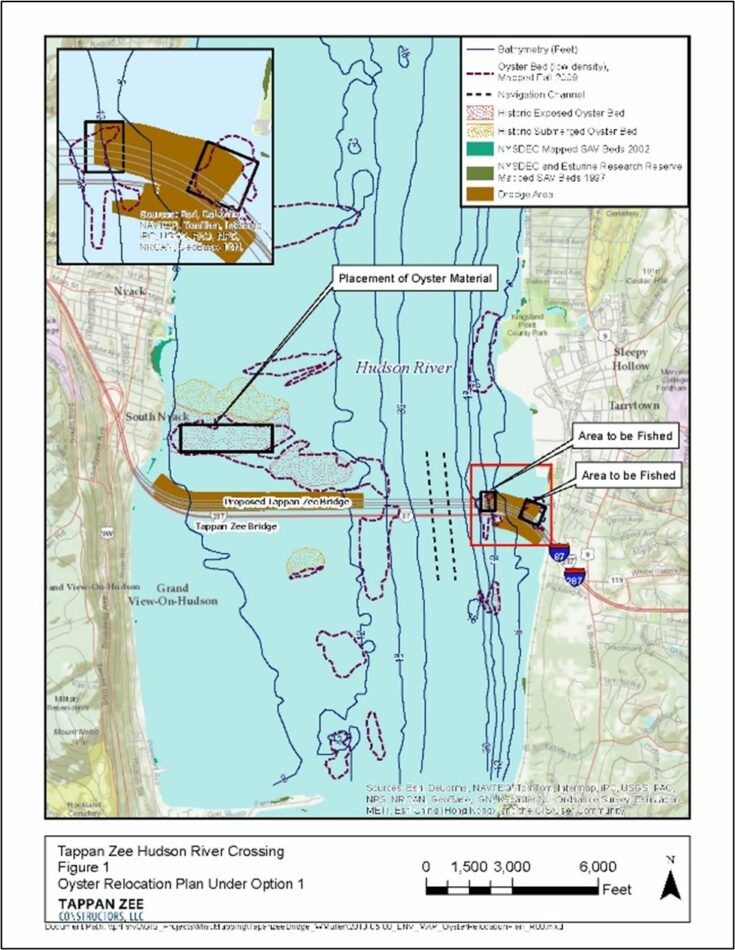 The study was conducted in two phases. The first phase included sampling all nine sites, with ten ponar dredge grabs conducted within each area. After the first phase was completed, the data was summarily analyzed to identify which five areas should be resampled at a higher frequency focusing on oyster frequency, capture density, age-class distribution, and sediment/habitat suitability. Once identified the five selected areas were resampled; with fifteen ponar dredge grabs then collected in each area.

In addition to live processing of the oysters (counts and shell dimensions) in the field, a number of oysters were retained and transferred to the New York Harbor School faculty at Cornell University to initiate an overall Hudson River/Tappan Zee Bridge Crossing oyster propagation study. Our results showed that higher quality oysters could successfully be relocated prior to the installation of the bridge abutments.