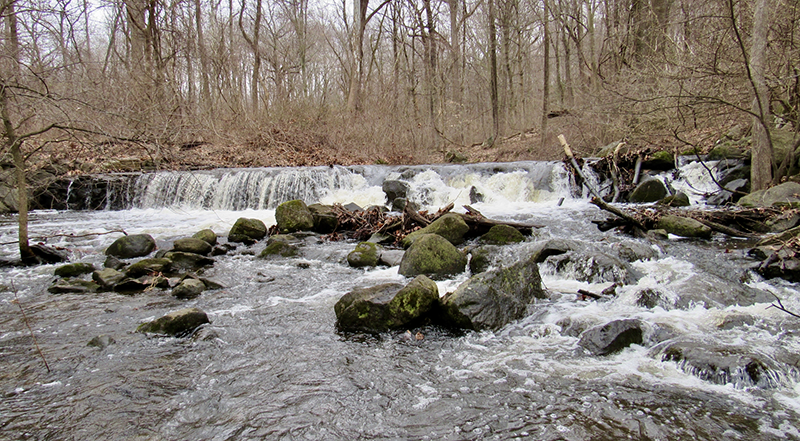 The Hudson River provides habitat for approximately 85% of New York State’s fish and wildlife species, 200 of which rely on the Hudson River for spawning, nursery, and forage habitat. According to Riverkeeper, a nonprofit focused on protecting and restoring the Hudson River, there are approximately 1,600 dams, mostly obsolete, fragmenting the rivers and streams of the Hudson Valley and blocking fish from reaching critical habitat.

The recent removal of two defunct dams – The Strooks Felt Dam and Furnace Brook Barrier #1 – marks an important milestone in the Riverkeeper’s journey to “Undam the Hudson River” and restore fish passage between the Hudson and the Atlantic Ocean.

The removal of these dams, located on tributaries of the Hudson River, are especially important to depleted populations of migratory fish like river herring and American eel, who are a vital part of the coastal ecosystem and spawn in freshwater tributaries.

Funding for both projects was provided by the Environmental Protection Fund and administered by the Department of Environmental Conservation (DEC). Riverkeeper led the effort to remove the obsolete dams, with Princeton Hydro providing dam and stream assessment, surveying, engineering design, and permitting assistance.

For the first time in 300 years, fish in the Quassaick Creek will be able to move upstream thanks to the dismantling of the 106-year-old, 4-foot-high Strooks Felt Dam in Newburgh, New York, located 60 miles north of New York City in the critical estuary of the Hudson River.

The dam site was dominated by gravel, cobble, boulder, and even bedrock steps, indicating a high-energy stream with a high sediment transport potential. This dam removal, like many others, released this coarse sediment and allowed the creek to carry it to downstream reaches. This coarse sediment forms habitat features like riffes, bars, and pools that are crucial components of healthy streams and rivers. Releasing the impounded bedload by removing these dams is key to increasing the resilience of freshwater streams like Quassaick Creek. 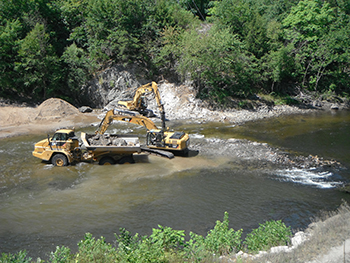 The dam removal, which was completed in October 2020, involved excavating the concrete spillway before reshaping and re-grading bedload sediment behind the dam.

Historically, the Strooks Felt Dam was part of a series of older dams that sat in slightly different positions in the same area and supplied former mill operations. Other nonobstructive structures associated with the former mill were left as part of an enduring history, allowing anyone who visits the site or combs through the records to visualize what was there before. The obsolete dam, however, will no longer block water, sediment, or critical fish passage.

Two additional dams farther upstream from the former Strooks Felt Dam site are in the early planning stages for removal.

The 5-foot-high, 75-foot-long Furnace Brook Barrier #1 was dismantled in Westchester County, New York in mid-November 2020. The removal of this dam brings migratory fish one-step closer to reconnecting with their ancestral habitat. 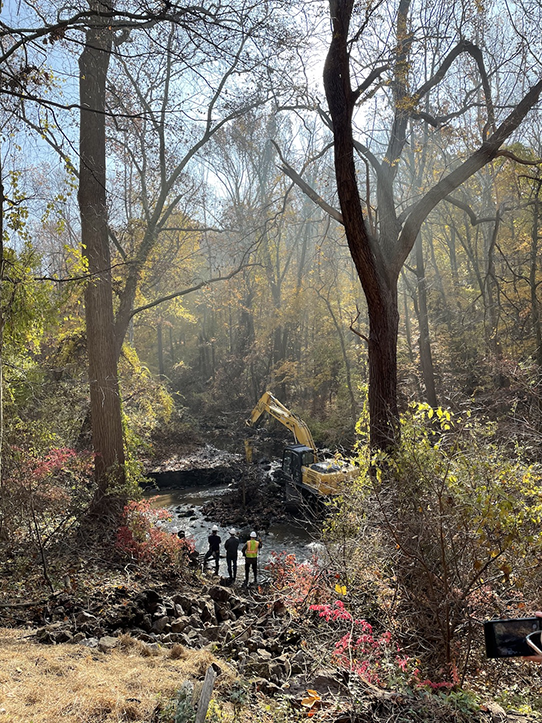 The positive results were immediate. Riverkeeper stated in a recently published article, “As soon as a path was cleared, we spotted two fish – white suckers, a freshwater species – darting up to the previously unreachable part of the brook. We can’t wait to come back in the spring and see whether herring, returning from the ocean, are migrating upstream…”

The dam clearing process at Furnace Brook involved the removal of the dam and an existing collapsed former concrete bridge span downstream of the dam. Stone masonry boulders from the former spillway were then redistributed and partially embedded in the restored channel to enhance aquatic habitat and increase bank stabilization.

Upstream of this project, Princeton Hydro is developing an initial engineering design and sediment management plan for the removal of another, larger dam.

Princeton Hydro has designed, permitted, and overseen the reconstruction, repair, and removal of dozens of small and large dams throughout the Northeast. To learn more about our dam engineering and removal services, visit: bit.ly/DamBarrier.