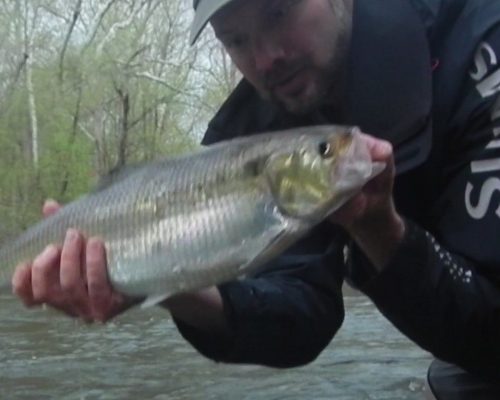 Struggling fish species returns to spawning grounds for the first time in over a century, just months after dam removal completed

For the first time in over a century, American Shad (Alosa sapidissima) have been discovered upstream from the former Columbia Dam site on the 42-mile long Paulins Kill river, an important tributary to the Delaware River in northwestern New Jersey. Princeton Hydro’s Senior Water Resources Engineer and avid fisherman, Dr. Clay Emerson, PE, CFM, caught an American Shad in the Paulins Kill miles above the previous dam site this past weekend.

A successful collaboration between The Nature Conservancy, American Rivers, Princeton Hydro, U.S. Fish and Wildlife Service, and NJDEP Division of Fish and Wildlife Service, resulted in the removal of the out-of-commission hydroelectric Columbia Dam just months ago. Prior to this removal, American Shad and other migratory fish could not make it past the large dam structure to swim upstream to their important breeding grounds. 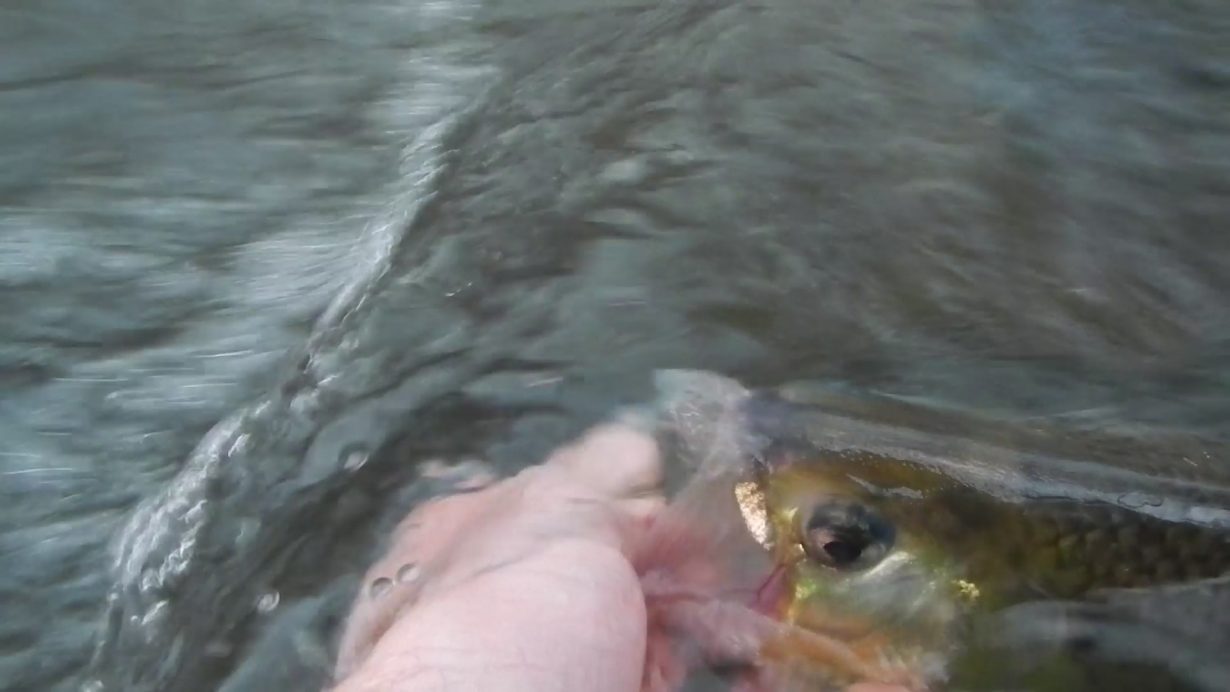 “I was thrilled to feel the familiar hit and see the flash of an American Shad as I reeled the fish to shore. Being an avid shad fisherman and enthusiast, I knew the significance of seeing this beautiful fish back in a place where it’s always belonged,” said Clay. “We are thrilled to witness the American Shad return upstream so quickly after the century-old Columbia dam was removed. It’s a testament to the nearly instant benefits that dam removal has on the riverine ecosystem.”

The American shad’s return is an excellent sign of the overall ecological health and diversity of the river. Historically, dams, overfishing, and pollution have caused population decline in many of the major eastern U.S. rivers. American Shad, deemed the “Mid-Atlantic salmon,” are anadromous, which means they spend much of their lives in the ocean but return to rivers and their tributaries to spawn. This long distance swimmer makes it one of the Earth’s great travelers. After spawning upstream in rivers of the East Coast, American Shad migrate to their primary habitat in the Atlantic Ocean up in the Gulf of Maine. Unlike the salmon of the Pacific Ocean, American Shad may return to their spawning grounds multiple times over their lifetime. The species is a key prey species for many large fish and cetaceans like dolphins and whales in the Atlantic Ocean.

“The best indicator of river water quality improving in the Paulins Kill is the appearance of shad miles upstream from the Columbia Dam,” said Dr. Barbara Brummer, New Jersey State Director of The Nature Conservancy. “Today, we celebrate proof that with the 100-year dam impediment removed, they are once again successfully swimming up the river. I could not be happier! This is what teamwork and passion for nature can achieve. It is a great day for conservation in New Jersey, with many more great days for shad in the Paulins Kill to come.”

Princeton Hydro was contracted to investigate, design, and apply for permits for the removal of this dam as requested by American Rivers in partnership with the New Jersey chapter of The Nature Conservancy. The firm investigated, designed, and prepared the necessary permits for the dam removal. The team of engineers and ecologists studied the feasibility of removal by collecting sediment samples, performing bioassay tests, and conducting a hydraulic analysis of upstream and downstream conditions.

“We are proud to be a part of this collaborative project, which has had an immediate and positive impact to the ecosystem of the Delaware River Watershed and its fishery resources,” said Princeton Hydro’s President Geoffrey Goll, PE. “Re-discovering this Delaware River diadromous icon upstream of the former dam is a very promising sign that the river will once again return to a major migration route and nursery for American Shad. This is why we do what we do!”

Anglers are reminded, according to New Jersey fishing regulations, except for the Delaware River mainstem it is illegal to fish for shad in any fresh waters of New Jersey.

Princeton Hydro has designed, permitted, and overseen the reconstruction, repair, and removal of a dozens of small and large dams in the Northeast. To learn more about our fish passage and dam removal engineering services, visit: bit.ly/DamBarrier.