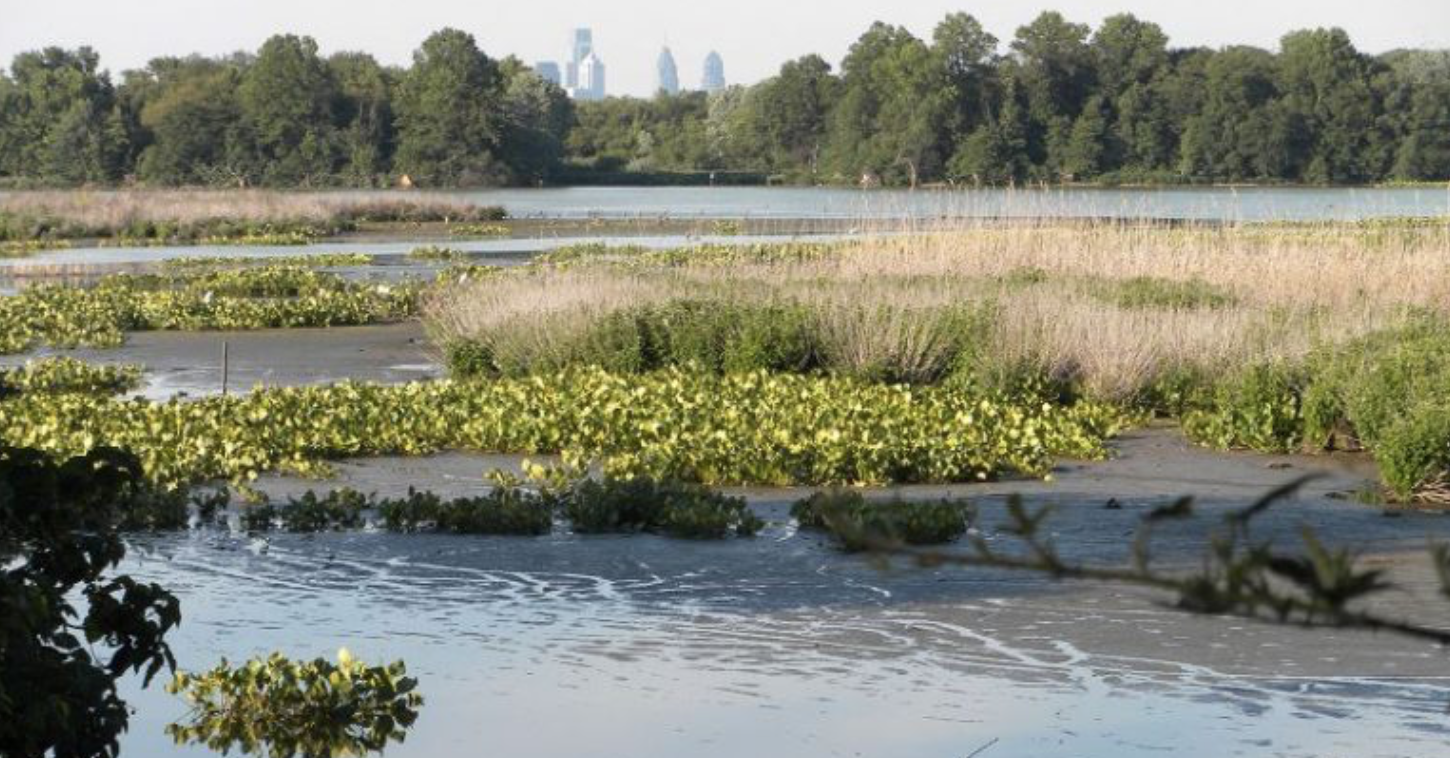 Hydrology is the study of the properties, distribution, and effects of water on the Earth’s surface, in the soil and underlying rocks, and in the atmosphere. The hydrologic cycle includes all of the ways in which water cycles from land to the atmosphere and back. Hydrologists study natural water-related events such as drought, rainfall, stormwater runoff, and floods, as well as how to predict and manage such events. On the application side, hydrology provides basic laws, equations, algorithms, procedures, and modeling of these events.

Hydraulics is the study of the mechanical behavior of water in physical systems. In engineering terms, hydraulics is the analysis of how surface and subsurface waters move from one point to the next, such as calculating the depth of flow in a pipe or open channel. Hydraulic analysis is used to evaluate flow in rivers, streams, stormwater management networks, sewers, and much more.

Combined hydrologic and hydraulic data, tools, and models are used for analyzing the impacts that waterflow – precipitation, stormwater, floods, and severe storms – will have on the existing infrastructure. This information is also used to make future land-use decisions and improvements that will work within the constraints of the hydrologic cycle and won’t exacerbate flooding or cause water quality impairment.

Eastwick, a low-lying urbanized neighborhood in Southwest Philadelphia, is located in the Schuylkill River Watershed and is almost completely surrounded by water: The Cobbs and Darby creeks to the west, the Delaware River and wetlands to the south, and the Schuylkill River and Mingo Creek to the east. The community is at continual risk of both riverine and coastal flooding, and faces an uncertain future due to sea level rise and riverine flooding exacerbated by climate change. 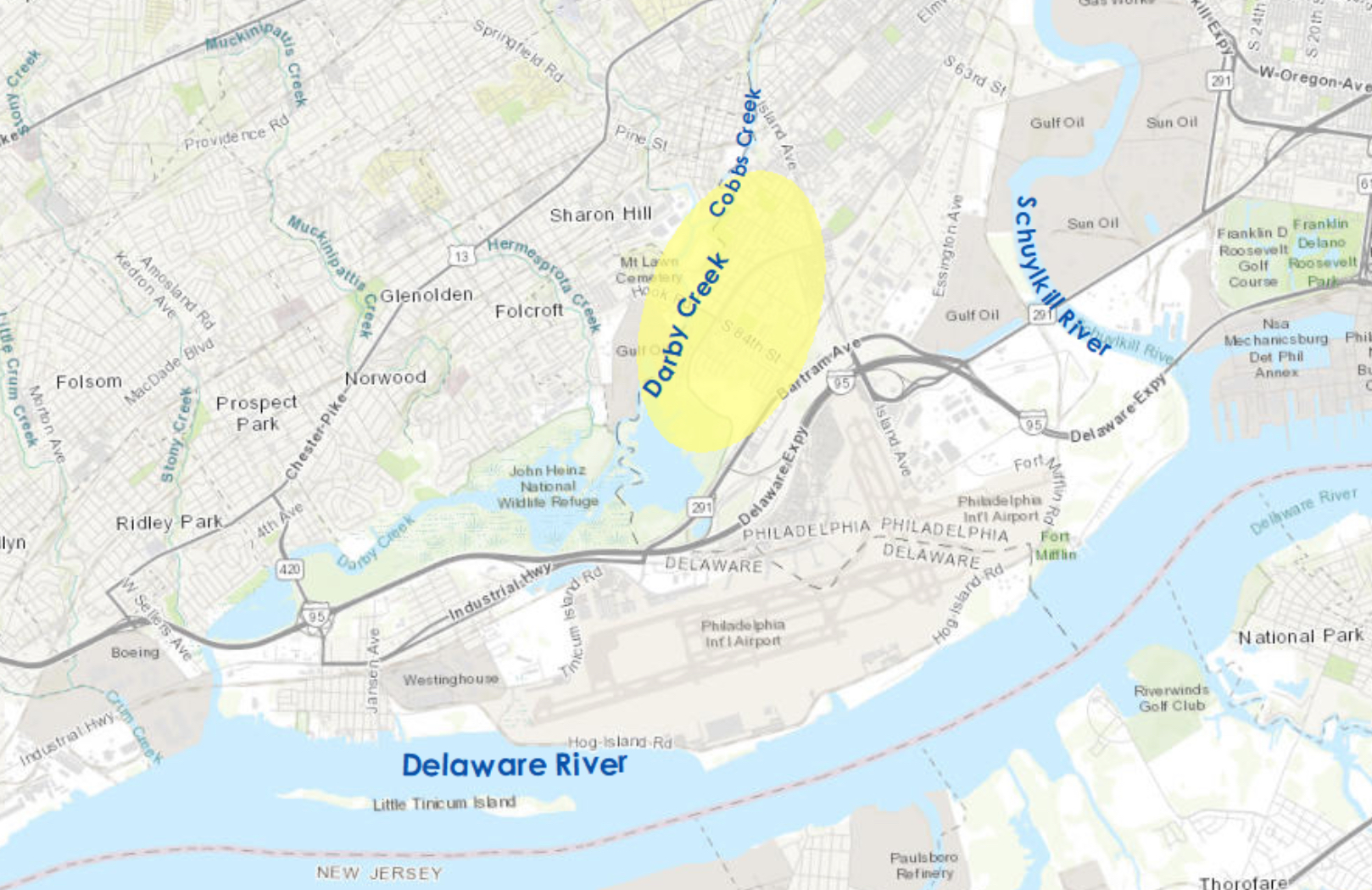 Princeton Hydro, along with project partners KeystoneConservation and University of Pennsylvania, conducted an analysis of Eastwick, the flood impacts created by the Lower Darby Creek, and the viability of several potential flood mitigation strategies.

For Eastwick, studying stream dynamics is a key component to determining what type of flood mitigation strategies will yield the most success, as well as identifying the approaches that don’t work for this unique area. 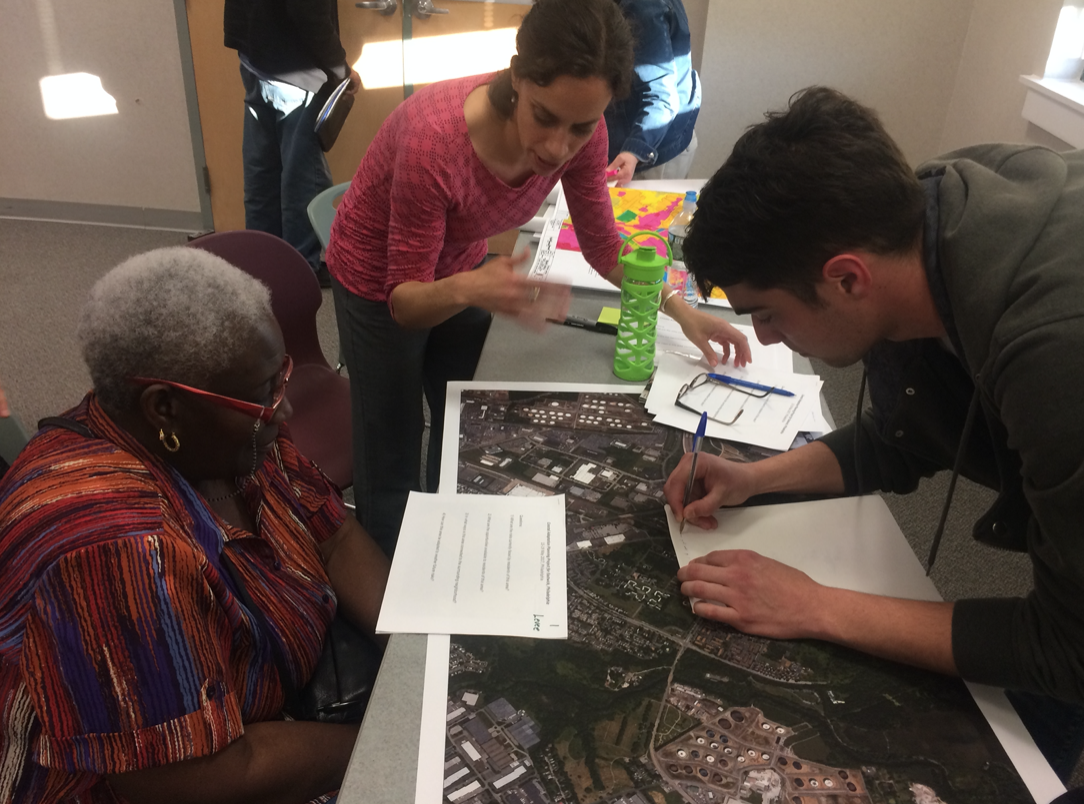 Princeton Hydro’s study focused on the key problem areas in Eastwick: the confluence of Darby Creek and Cobbs Creek; a constriction at Hook Road and 84th Street; and the Clearview Landfill, which is part of the Lower Darby Creek Superfund site. Additionally, the study sought to answer questions commonly asked by community members related to flooding conditions, with the main question being: What impact does the landfill have on area flooding?

Princeton Hydro set out to answer these questions by developing riverine flooding models primarily using data from US Army Corps of Engineers (USACE), Federal Emergency Management Agency (FEMA), The National Oceanic and Atmospheric Administration (NOAA), and NOAA’s National Weather Service (NWS). FEMA looks at the impacts of 1% storms that are primarily caused by precipitation events as well as coastal storms and storm surge. NOAA looks at the impacts of hurricanes. And, NOAA’s NWS estimates sea, lake and overland storm surge heights from hurricanes.

The models used 2D animation to show how the water flows in various scenarios, putting long-held assumptions to the test.

The models looked at several different strategies, including the complete removal of the Clearview Landfill, which many people anticipated would be the silver bullet to the area’s flooding. The modeling revealed, however, that those long-held assumptions were invalid. Although the landfill removal completely alters the flood dynamics, the neighborhood would still flood even if the landfill weren’t there. Additionally, the modeling showed that the landfill is actually acting as a levee for a large portion of the Eastwick community.

Ultimately, the research and modeling helped conclude that for the specific scenarios we studied, altering stream dynamics – a non-structural measure – is not a viable flood mitigation strategy.

The USACE is currently undergoing a study in collaboration with the Philadelphia Water Department to test the feasibility of a levee system (a structural control measure), which would protect the Eastwick community by diverting the flood water. Funding for the study is expected to be approved in the coming year.

There are many studies highlighting flood mitigation strategies, environmental justice, and climate change vulnerability in Eastwick. Princeton Hydro Senior Project Manager and Senior Ecologist, Christiana Pollack CFM, GISP, presented on the flooding in Eastwick at the Consortium for Climate Risk in the Urban Northeast Seminar held at Drexel University. The seminar also featured presentations from Michael Nairn of the University of Pennsylvania Urban Studies Department, Ashley DiCaro of Interface Studios, and Dr. Philip Orton of Stevens Institute of Technology.

You can watch the full seminar here: 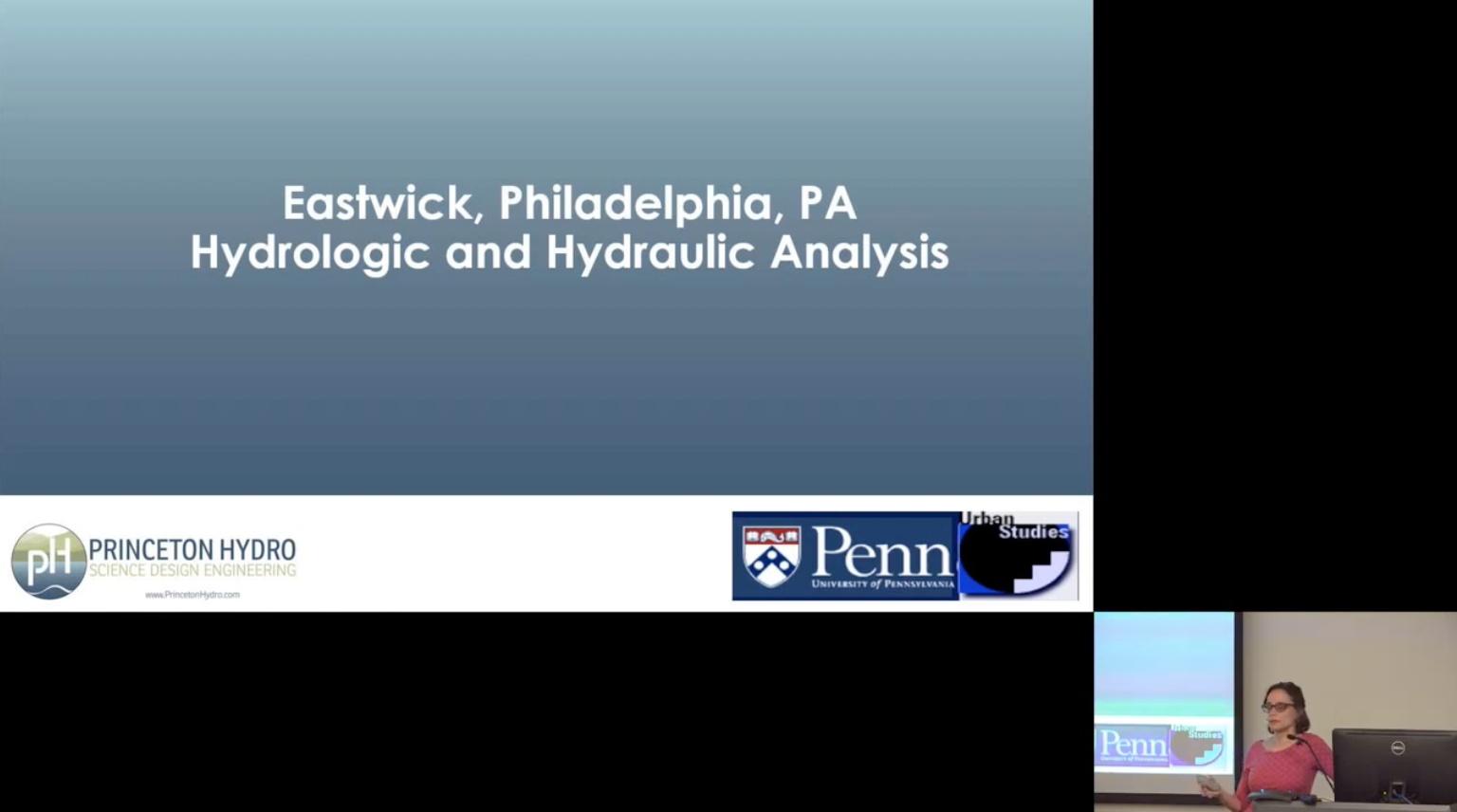