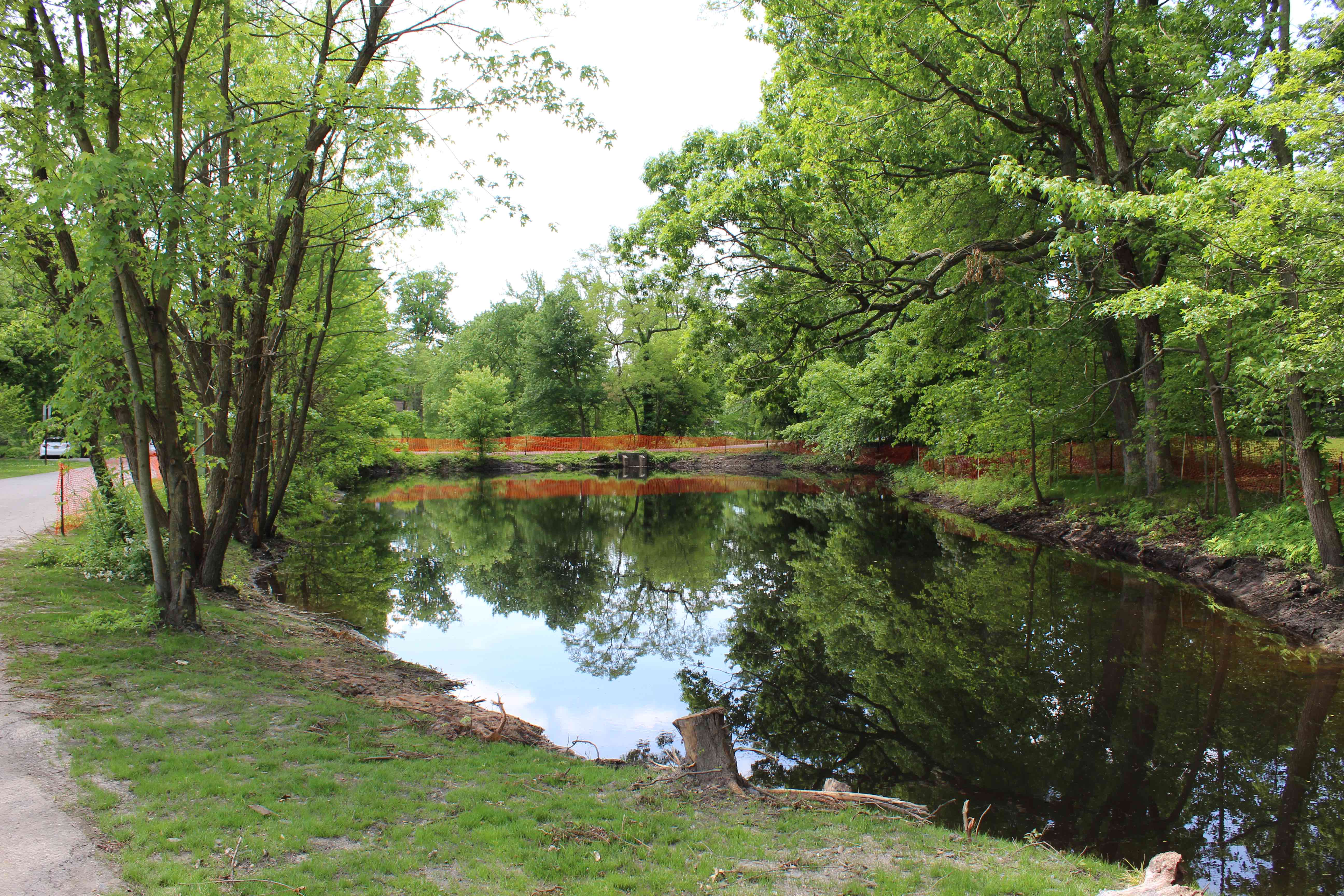 Strawbridge Lake is located in Moorestown Township in Burlington County, New Jersey with portions of the watershed also extending into Mount Laurel and Evesham Townships. This 33-acre, tri-basin lake is a result of the impoundment of the confluence of Hooten Creek and the North Branch of the Pennsauken Creek that dates back to the 1920s. 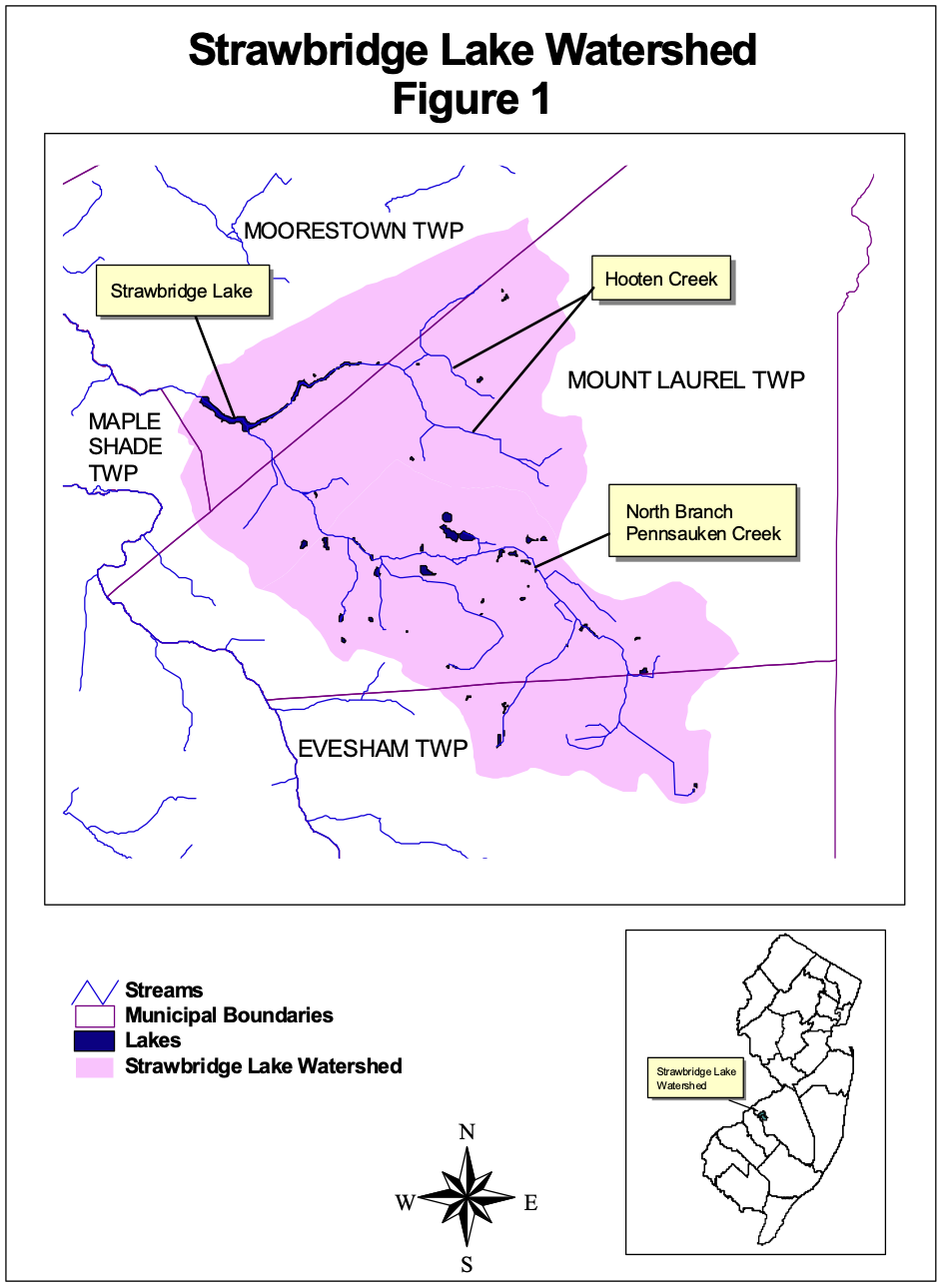 The watershed area that drains into the Strawbridge Lake is made up of an intricate mix of land uses: agriculture, new and mature residential subdivisions, office parks, major highways, retail stores, and large industrial complexes. The lake and the park area that surrounds it are heavily used for a variety of recreational activities.

Children’s Pond, which is located in Strawbridge Lake Park, is a popular fishing spot in the community. The pond initially functions as a wetland and drains from the northern portion of the watershed. Sedimentation—the naturally occurring process of the deposition and accumulation of both organic and inorganic matter in the bottom and/or banks of waterbodies—had significantly reduced the mean pond depth, thereby reducing the pond’s aesthetic appeal, impairing the fishery, contributing to eutrophication, and impacting the water quality of Strawbridge Lake. Sedimentation can also lead to contamination that poses a threat to aquatic plant and wildlife.

The dredging of Children’s Pond was identified by Princeton Hydro’s Lake and Watershed Management Plan and presented to the Moorestown Township Council’s environmental committee as one of a number of immediate actions needed in order to restore the pond, preserve the health of the watershed, and reduce impacts to Strawbridge Lake. Dredging, often used as an efficient solution for sediment removal, can expeditiously restore the waterway to its original depth and condition while also removing dead vegetation, pollutants, excess nutrients, and trash that may have accumulated.

Moorestown Township Council awarded contracts to Princeton Hydro for the dredging and cleanup of the Children’s Pond, which was an important part of the previously mentioned Watershed Management Plan for Strawbridge Lake.

Before the dredging could begin, a variety of surveys, field investigations, and data collection activities took place at the project site. A bathymetric survey is a critical component of any dredging project because it measures the depth of a waterbody, as well as maps the underwater features of a waterbody.

Due to the small area and shallow depths of Children’s Pond, the survey was conducted using a calibrated sounding rod and a Trimble GPS unit. The calibrated sounding rod was lowered into the water until it reached the top of the accumulated sediment. The location of the sample point and the water depth was then recorded with the GPS unit. Next, the pole was pushed down into the sediment until the point of refusal, and the bottom of sediment elevation was also recorded with the GPS unit. Data was collected from shoreline to shoreline at 25-foot transect intervals.

The data collected via the bathymetric survey, as well as the site survey, field investigations, and soil analysis, was used to shape the project’s engineering design and construction plans.

DFRs act as a living record of the project and provide the project’s key stakeholders with full details of the team’s daily performance and productivity, including arrival and departure times, the weather and temperature, equipment utilized on-site that day, a description of the work completed, and photographs of the work in progress.

This photo from the DFR on March 2, 2020 documents the beginning of excavation work in Children’s Pond: 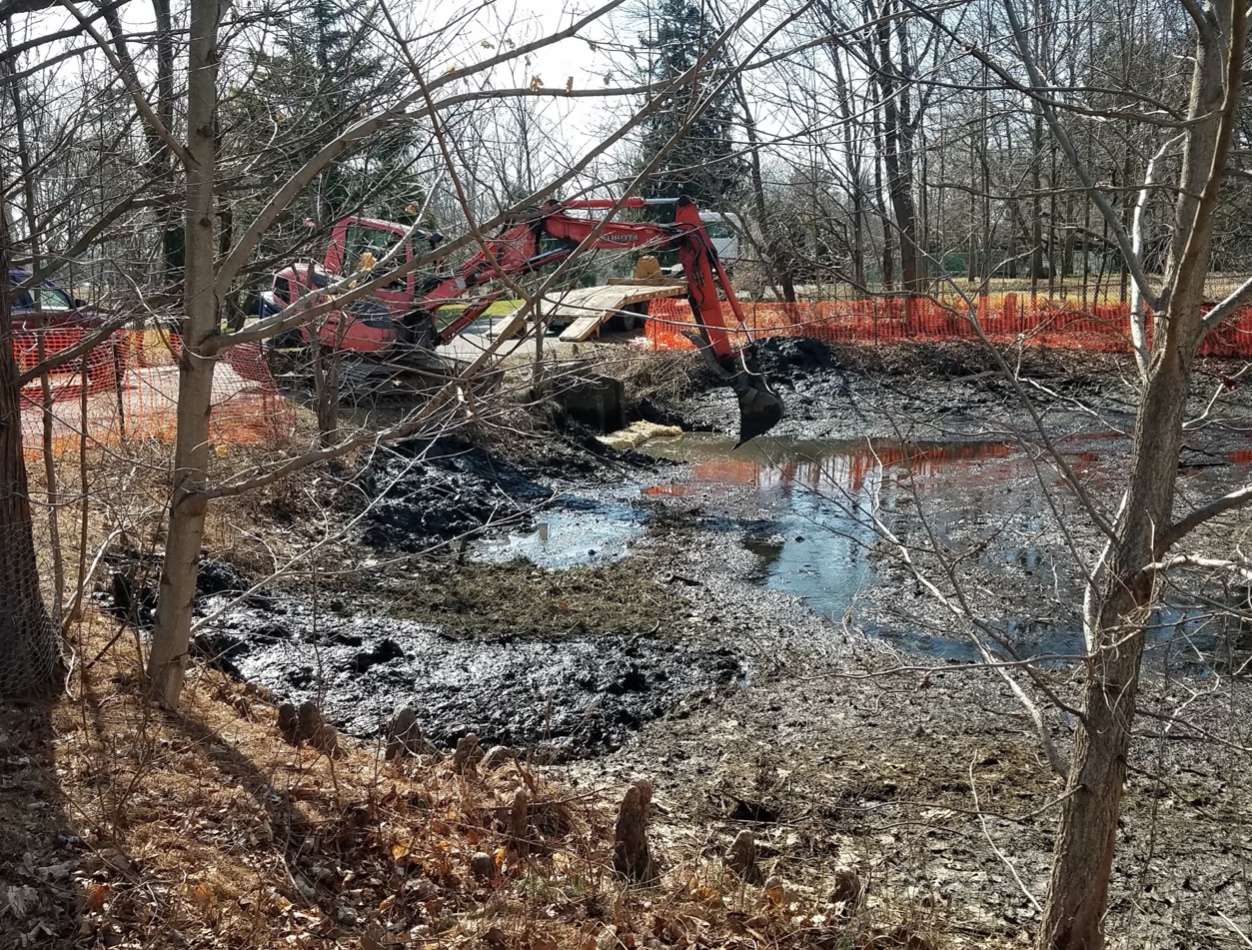 This photo from the DFR on April 16, 2020 shows grading being completed on the west side of Children’s Pond: 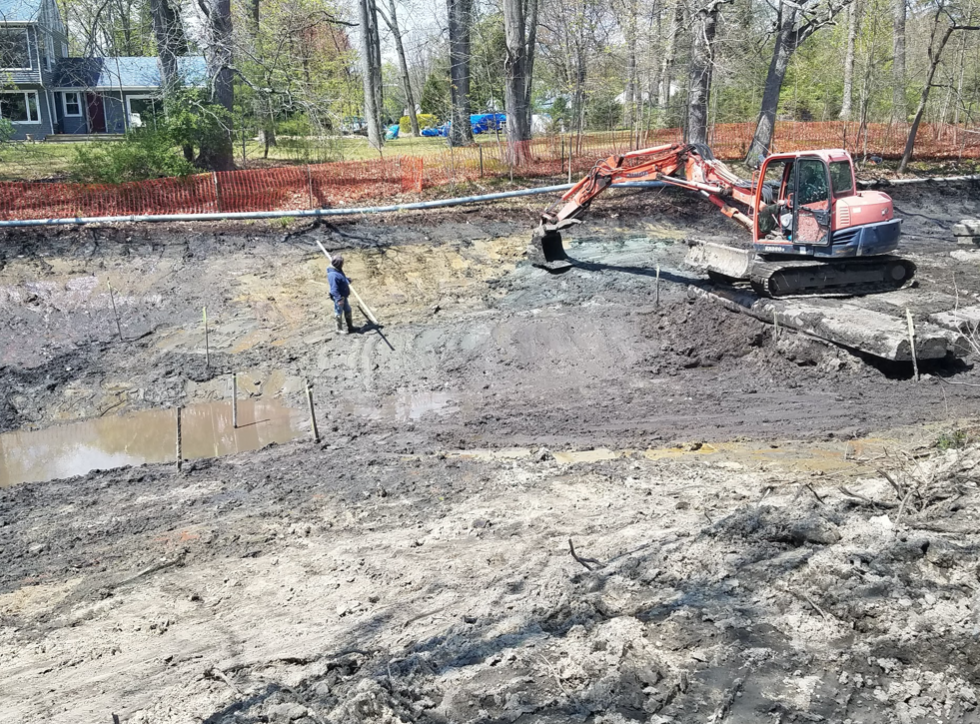 This photo from the DFR on April 20, 2020 documents the continuation (and near completion) of the excavation and grading work: 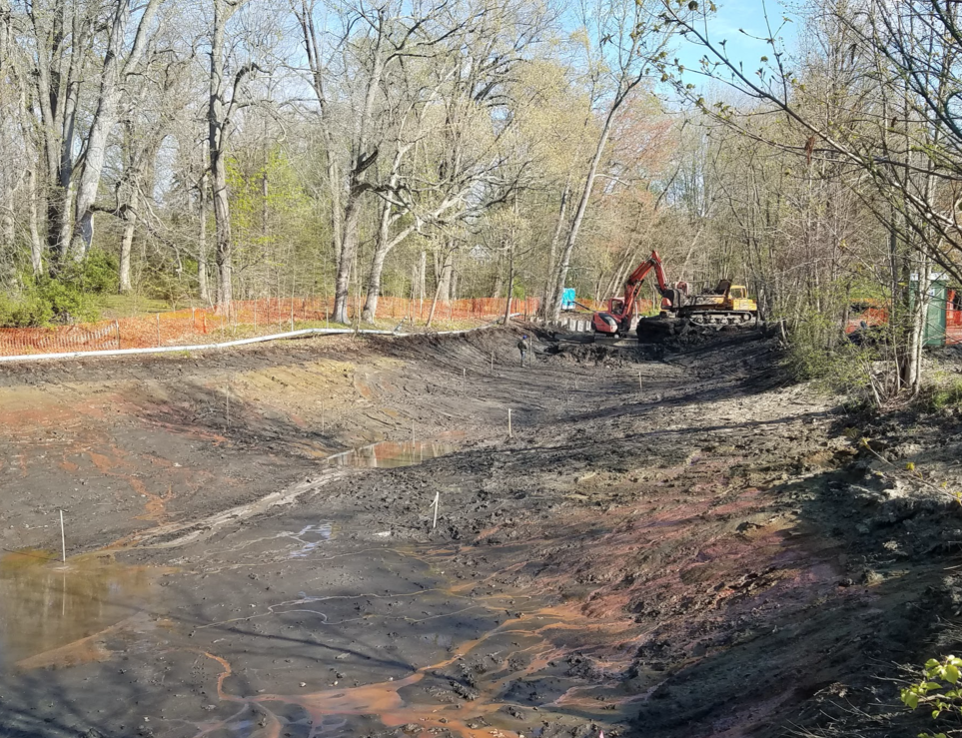 Princeton Hydro provides construction oversight services to private, public, and nonprofit clients for a variety of ecosystem restoration, water resource, and geotechnical projects across the Northeast. For more information, go here. And, to get an inside look at all that construction oversight entails, check out our blog:

A Day in the Life of a Construction Oversight Engineer

Wow, it’s awesome that this article talked about the restoration of Children’s Pond. I think helping the community by dredging the pond was a great solution for the sediment problem. In my opinion, successfully cleaning and dredging the pond, will have a positive impact on the neighborhood and it’s fishing enthusiasts. I appreciate the piece about the restoration of the water’s quality on the Children’s Pond.