Ecological Uplift in an Urban Setting

The City of Elizabeth, the fourth most populous in New Jersey, is not exactly the first place that comes to mind when envisioning a wild landscape. This bustling urban area is well known for its Port Newark-Elizabeth Marine Terminal and the Philips 66 Bayway Refinery, and sits at the intersection of several major roadways like the NJ Turnpike and the Goethals Bridge. The landscape, which was once teeming with dense wetlands and associated habitats, is now heavily urbanized with a vast mix of residential, commercial, and industrial properties. The largely channelized Elizabeth River courses through the city for 4.2 miles before draining into the Arthur Kill waterway. However, in this 14-square mile city, native flora and fauna are taking root again thanks to ecological restoration and mitigation efforts.

Urban landscapes like Elizabeth can pose significant challenges for restoration efforts, but they also provide an array of opportunity for significant ecological uplift. 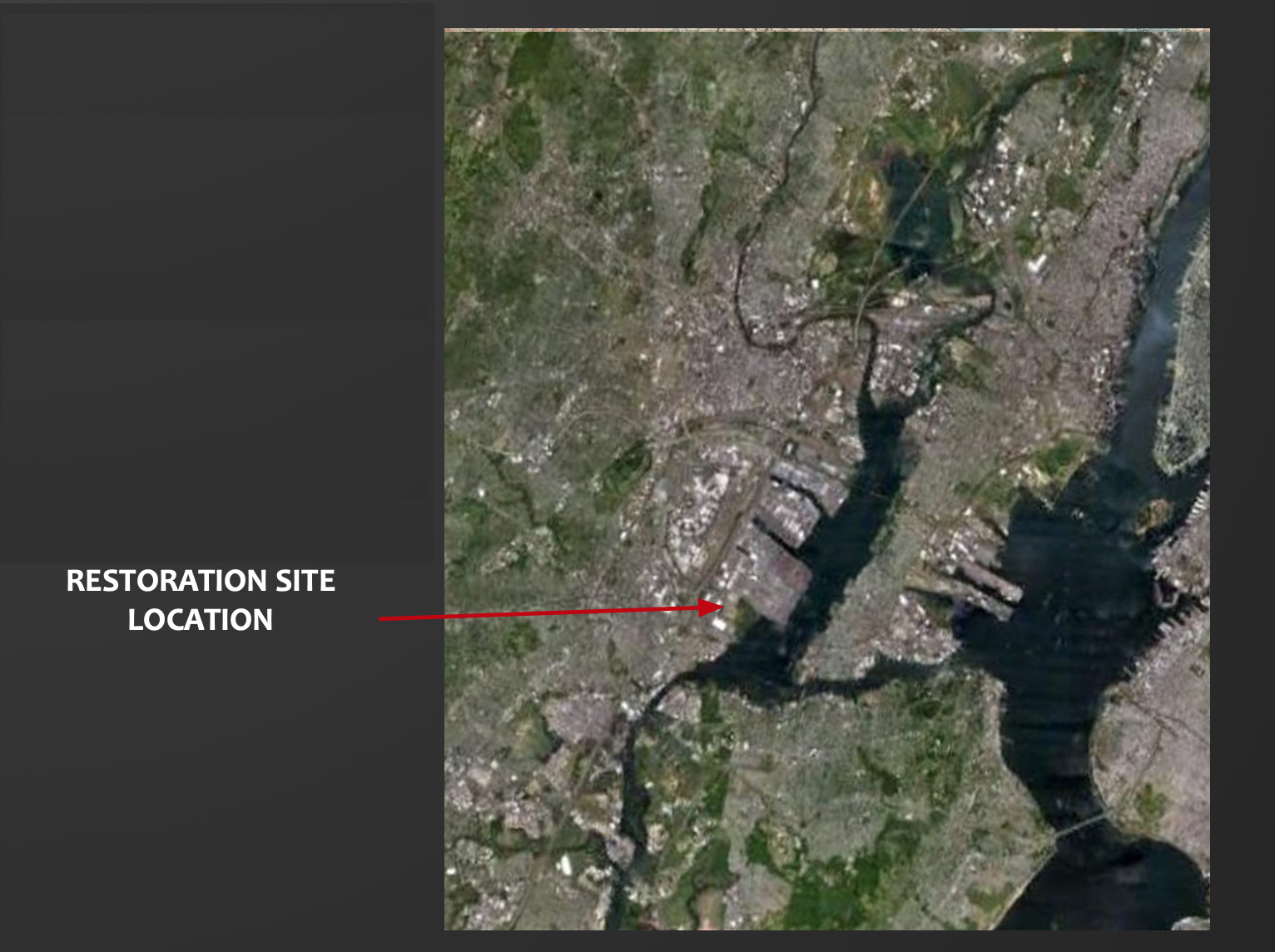 In 2004, Princeton Hydro was retained to restore an 18-acre site adjacent to the Elizabeth Seaport Business Park, which is located in an area that was once part of a large contiguous wetland system abutting Newark Bay. The site was comprised of a significantly disturbed mosaic of wetland and upland areas and a monoculture of Phragmites australis, also known as Common Reed, on historic fill. Historic fill consists of non-native material, historically placed to raise grades, and typically contains contaminated material not associated with the operations of the site on which it was placed.

The highly invasive Phragmites australis had overtaken most of the wetland areas, and the upland woodland areas only contained four tree species, mostly Eastern Cottonwood, with very low wildlife value. The 18-acre site had huge potential but was significantly degraded and was being vastly underutilized. Overall, the mitigation plan focused on the enhancement of existing wetland and transition areas to increase the area’s wildlife value through the establishment of a more desirable, diverse assemblage of native species subsequent to eradication of non-native-invasive species.

The freshwater wetland aspect of the mitigation plan, which included inundated emergent, emergent, and forested habitat, was designed to be a combination of wetland creation (2.40 acres) and enhancement (8.79 acres), emphasizing the establishment of more species rich wetlands in order to increase biodiversity and improve the site’s wildlife food value.

The upland forest aspect of the mitigation plan involved the enhancement of 5.40 acres and creation of 1.45 acres of upland forest to foster the development of a species rich and structurally complex upland forest. The upland areas targeted for enhancement/creation consisted of areas where woody vegetation was lacking or forested areas that were dominated by eastern cottonwood.

The project team worked to remove Phragmites australis from the site utilizing a combination of herbicide and mechanical removal techniques. Once the Phragmites australis was cleared, the team installed 27,000 two-inch native herbaceous plant plugs in the wetland portions of the mitigation site, and 2,705 native trees/shrubs throughout the site.

In order to ensure the continued success of the mitigation project, monitoring is regularly conducted at the site. A monitoring report conducted at the end of 2019 revealed a plethora of well-established habitat areas, a diverse community of plant and tree species, and a thriving, highly-functional landscape.

Presently, the Elizabeth Seaport Business Park Mitigation Site boasts a variety of productive wildlife habitats that are rare in a highly urbanized setting and provides valuable ecosystem services, including sediment retention and roosting, foraging, and nesting opportunities for both resident and migratory bird species with over 150 bird species identified within the mitigation site.

This project serves as an example of how degraded urban areas can be successfully rehabilitated and the land’s natural function restored and enhanced.  If you’d like to learn more about this project from our Natural Resources Senior Project Manager Michael Rehman, check out the video of his presentation at the 2020 Delaware Wetlands Conference below.

If you’re interested in learning more about our wetland restoration and mitigation services, go here!