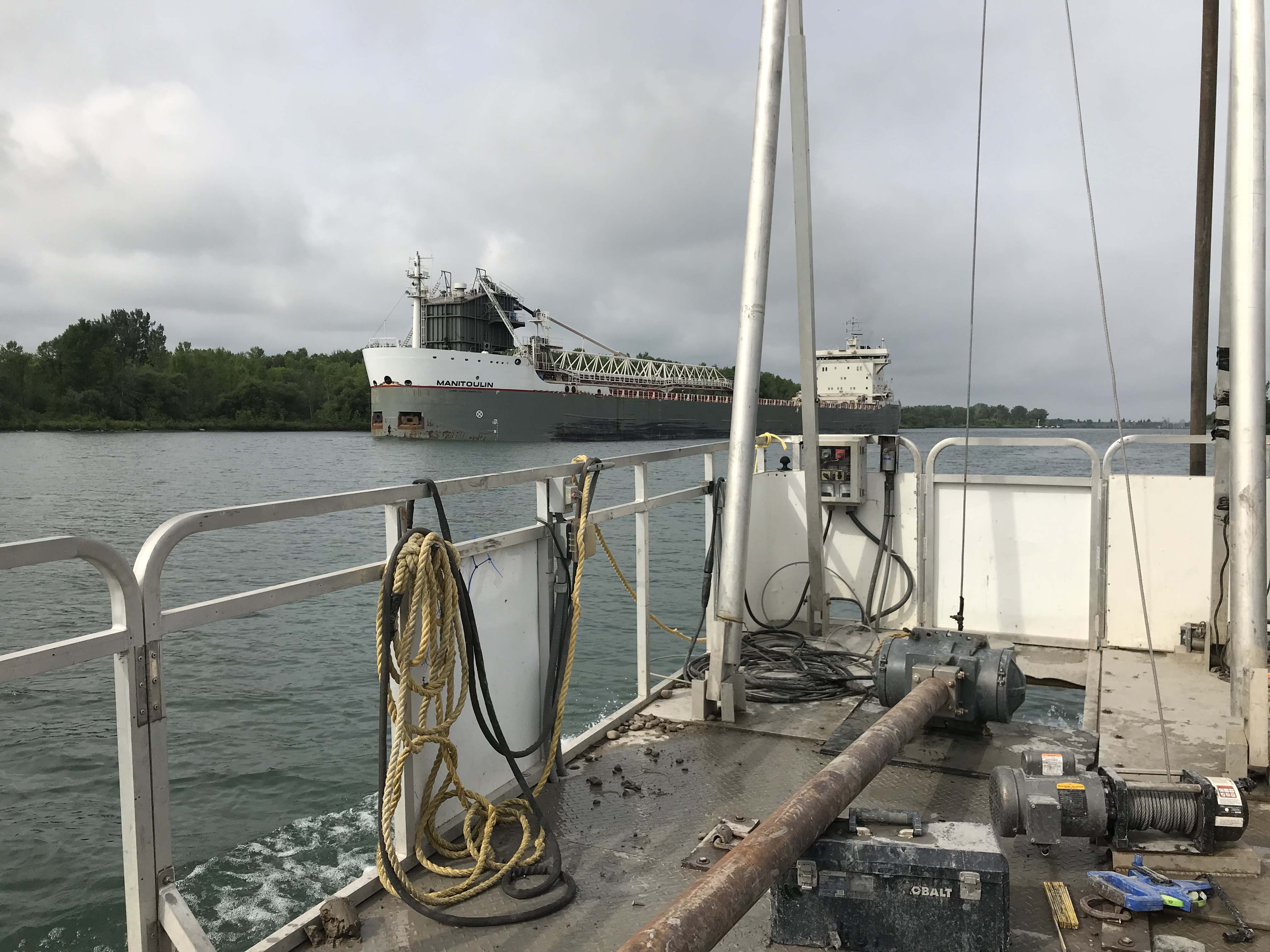 Way up in Northern New York, the St. Lawrence River splits the state’s North Country region and Canada, historically acting as an incredibly important resource for navigation, trade, and  recreation. Along the St. Lawrence River is the St. Lawrence Seaway, a system of locks, canals, and channels in both Canada and the U.S. that allows oceangoing vessels to travel from the Atlantic Ocean all the way to the Great Lakes. 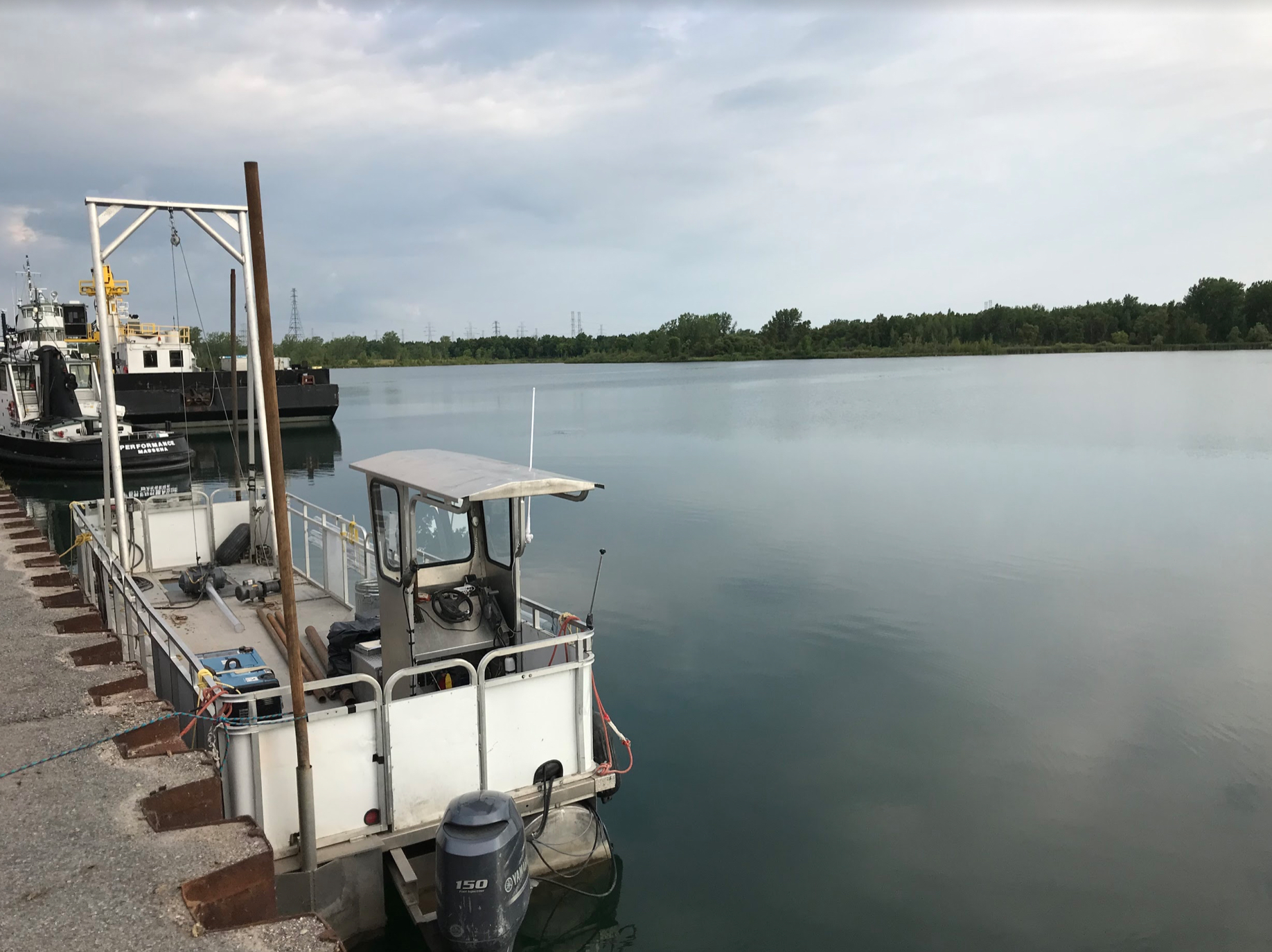 Recently, the St. Lawrence Seaway Development Corporation (SLSDC) contracted Princeton Hydro to conduct analytical and geotechnical sampling on material they plan to dredge out of the Wiley-Dondero Canal. Before dredging, sediment and soils have to be tested to ensure their content is suitable for beneficial reuse of dredged material. In August, our Geologist, Marshall Thomas and Environmental Scientist, Pat Rose, took a trip up north to conduct soil sampling and testing at two different sites within the canal near Massena and the Eisenhower Lock, which were designated by the SLSDC. The first site was at the SLSDC Marine Base, which is a tug/mooring area directly southwest of Snell Lock. The second location was directly northeast of the Eisenhower Lock, which is also used as a mooring area. Both of these sites require dredging in order to maintain mooring access for boat traffic navigating the channel.

During this two-day sampling event, our team, which also included two licensed drillers from Atlantic Testing Laboratories, used a variety of equipment to extract the necessary samples from the riverbed. Some of the sampling equipment included:

For our team, conducting sampling work on the St. Lawrence Seaway was a new experience, given most of our projects occur further east in the Mid-Atlantic region. The most notable difference was the hardness of the sediment. Because the St. Lawrence River sediments contain poorly sorted, dense glacial till, augering into it took a little more elbow grease than typical sediments further south do.  The St. Lawrence River is situated within a geological depression that was once occupied by glaciers. As the glaciers retreated, they were eventually replaced by the Champlain Sea, which flooded the area between 13,000 and 9,500 years ago. Later on, the continent underwent a slight uplift, ultimately creating a riverlike watercourse that we now deem the St. Lawrence River. Because it was once occupied by a glacier, this region is full of glacial deposits.

For this project, our team was tasked with collecting both geotechnical and analytical samples for physical and analytical testing. Physical testing included grain size analysis, moisture content, and Atterberg limit testing. Grain size analysis helps determine the distribution of particle sizes of the sample in order to classify the material, moisture content testing determines exactly that — how moist the sediment is, and Atterberg limits help to classify the fines content of the materials as either silt or clay. Analytical testing included heavy metals, pesticides, volatile organic compounds, and dioxins. 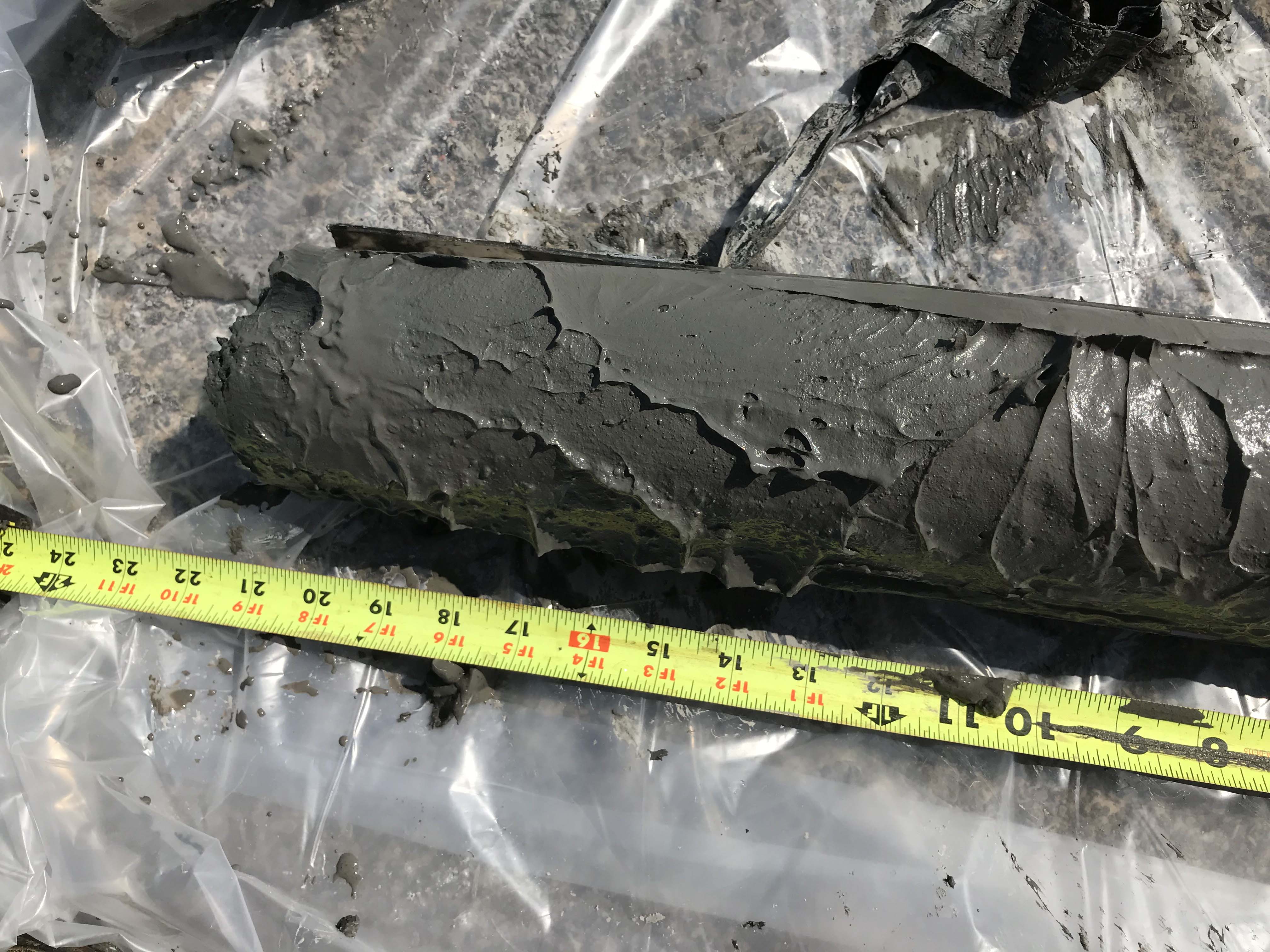 Our scientists were responsible for logging, testing, and providing a thorough analysis of fourteen sampling locations. The samples collected from the vibracore tubes filled with sediment were logged and spilt on-shore. In order to maintain a high level of safety due to the possible presence of contaminants, all of the sampling equipment was decontaminated. This process involves washing everything with a soapy water mixture, a methanol solution, and 10% nitric acid solution.

Once all the laboratory testing was completed, a summary report was developed and presented to the client. This report was made to inform the SLSDC of the physical properties of each sediment sample tested and whether contaminants exceeded threshold concentrations as outlined in the New York State Department of Environmental Conservation (NYSDEC) Technical & Operation Guidance Series (TOGS) 5.1.9. This data will ultimately be used by the SLSDC to determine the proper method for dredging of the material and how to properly dispose of the material.

Princeton Hydro provides soil, geologic, and construction materials testing to both complement its water resources and ecological restoration projects and as a stand-alone service to clients. Our state-of-the-art Soils Testing Laboratory is AASHTO-accredited to complete a full suite of soil, rock, and construction material testing for all types of projects. For more information, go here: http://bit.ly/2IwqYfG